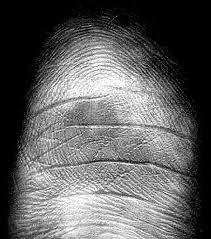 What is Criticism and Why is it Important to Honolulu?
Jaimey Hamilton Faris
theculturebomb.com
4/1/13

Last year, I showed up to a late night dinner as my friends were deep into a heated conversation about The Descendants, the 2011 film starring George Clooney as a haole land baron. Did the film really capture “the real Hawai‘i?,” they asked. And what does that mean, anyway?

While running on Diamond Head cliffs a few months ago, I passed by a couple of surfers sizing up the moves of another surfer who had just dropped into a nice 7-footer. Clearly impressed with the way she cut into the wave, they went on for a few minutes, describing and analyzing in detail what they had just seen.

I saw the Print Big event in Chinatown on First Friday in March, where a bunch of Honolulu printmakers put down huge swaths of cloth, overlaying their 5-by-8-foot (and even bigger) woodblock prints, before directing a driver to steamroll over them. As the prints were unveiled and hung from the eaves of Chinatown buildings, I overheard a couple make conjectures about the meaning of a print by Sergio Garzon—a humongous whale filled with a jumble of images.

What do these situations have in common? They are all, however fleeting, examples of criticism. I love these moments, and often wish people would take them further. It takes guts to express what you see and how it moves you. But the gratification that comes with taking the time to absorb, interpret, and simply revel in and acknowledge an aesthetic experience is so satisfying. The takeaway? You become actively involved in culture—not just witnessing it, but participating in it. If this is the end result, we should all be a little more critical.

Can everyone be a critic? Absolutely. But that means debunking some myths about criticism.

I’ve never really favored the term, “criticism”. It seems too negative, so judgmental, as if a critic’s sole responsibility is to act like a crank with a bone to pick. It’s easy to assume critics simply point out the bad things about something. People often think of critics as arbiters of that hackneyed word, “taste”—stodgy snobs making imperious claims that validate good art. To me, this idea of criticism reeks of colonialism, contrived intellect, and exclusivity. These kinds of gatekeepers ruin it for everybody.

So what is criticism in the 21st century, how is it accessible to everyone, and why is it important to Hawai‘i? I am happy to report that criticism—art criticism in particular—is shedding its elitist and classist skin. Since the 1990s (or maybe even as early as the ‘60s), when access to culture and criticism became part of multicultural, feminist, and post-colonial initiatives, criticism and culture was democratized. Now, with blogs, personal websites, and more, where different perspectives, and different cultural centers get involved, the domain of criticism has radically expanded. Though some critics still operate on the model of making autocratic claims for high art and culture, they can’t and shouldn’t get away with it here.

I want to propose the radical idea that anyone engaged in what he or she looks at practices criticism and has instantly moved from viewer to critic. The shift occurs when we get totally absorbed in a feeling of empathy, trying to grasp what we have just witnessed. A critic is not any one person at the exclusion of others.

You don’t even have to be a special breed of person (though some do it professionally and so hone their skills); criticism is a position that you take—that you can and should take. Not all the time, but definitely more often.

What would have happened if those surf gawkers, my friends, the Clooney fans, and the Print Big crowd dug a little deeper? It’s okay to ask questions like: How could the surfer have read the wave even better? Could her session be understood beyond style? Why do films like The Descendents force me to feel sympathetic to despicable characters? Doesn’t this undercut what could have been a powerful political message about land development in Hawai‘i? Does Garzon’s collage of Polynesian-looking women, hibiscus flowers, and whales go beyond a general penchant for using these symbols in tourist art?

People tend to think of critics as vultures that prey on other people’s creativity. “Those who can’t do, critique.” But, ultimately, the opposite is true. Criticism is an act of creation in itself. It comes from a place of generosity and curiosity, generating new ideas and perceptions of the world. Fundamentally, the point of interpreting art in the 21st century is not to make absolute claims (especially those without substantive support, such as: “THIS, not THAT, is the real Hawai‘i”), but to celebrate the ways in which culture can deepen our engagement with the complexity of the world. It can challenge our assumptions about the world and expectations for it.

As a mental activity, criticism is a bit ambiguous. Analyzing art opens up unknowns in your position (such as: Is there a way to claim “real” Hawai‘i, and how do I fit into that picture?); it turns an experience into an interesting puzzle.

Especially as the Honolulu art scene grows, and if we want to see our artists and our creative experiments involved internationally, we need to give strength, support, and meaning to the events that happen here. Infuse it with rich questions ( use these CB Tips as a guide). Local artists and creatives won’t be challenged to make interesting work if they think we're not paying attention.

I confess, as a teacher and art writer, I am a compulsive cultural critic, deeply invested in the idea that all of this is fun, stimulating, and more rewarding than just looking at or hearing something. Criticism, in its truest sense, especially in a public forum and not just among friends, is essential to Hawai‘i.